Darlinghurst was Green Ban number 13 of over 54 Green Bans throughout NSW. 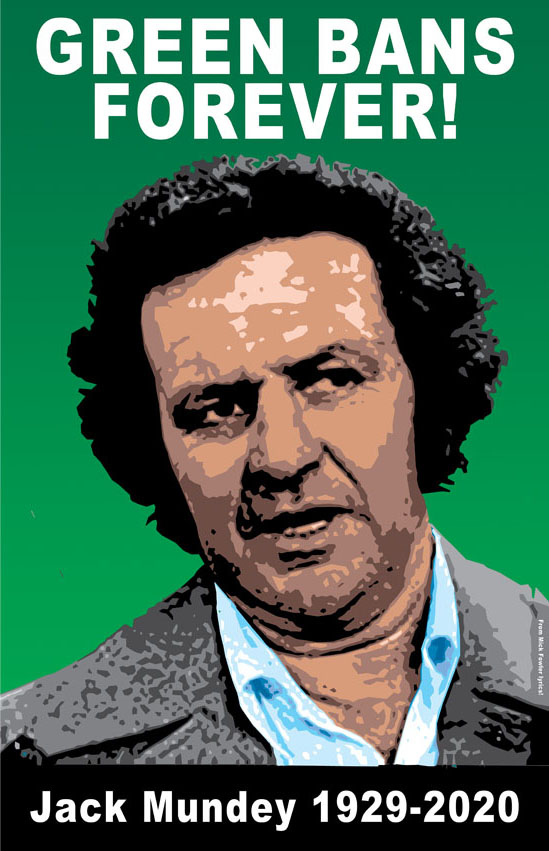 Ban imposed on commercial building in this historic area of Sydney. Residents requested “Green Ban” and demanded that all housing should be high density low-rise with adequate provision for low and middle income families to live within the inner-city area. Joe Owens (Secretary) to Builders Labourers Federation members.

For four years the Builders Labourers Federation inspired Sydney, a nation and the world. They led a revolution in ideas about people's right to participate in decisions about public art, architecture and urban planning. “We are builders labourers”, said secretary Jack Mundey “not mere builders labourers”. From 1971, they voted on over 50 requests for bans from resident groups and many hundreds from the National Trust and/or the Institute of Architects. They voted for a big picture: to keep urban low cost housing and to protect the environment and heritage. The most dramatic and creative of these battles took place in the old inner-city working class residential suburbs of The Rocks, Woolloomooloo and in Victoria Street in Kings Cross. The government and developers hoped to transform these areas with high rise commercial towers.

DRAG was co-founded by sculptor and philosopher Margaret Grafton (1931-2004) with architect Colin James (1936-2013) and city councillor Robert Tickner in 1973. Margaret Grafton established her Darlinghurst studio in 1965 in the manse of the Uniting Church (Stanley Palmer Cultural Centre, corner of Stanley and Palmer Streets). Robert Tickner served as a Labor Councillor on the Sydney City Council (1977 to 1984) serving as Deputy Mayor and a brief time as Acting Lord Mayor (in 1983). Tickner entered the federal parliament at the 1984 Hughes by-election. Bob Hawke appointed Tickner, in 1990, the Minister for Aboriginal and Torres Strait Islander Affairs; and he retained this post throughout Paul Keating's government